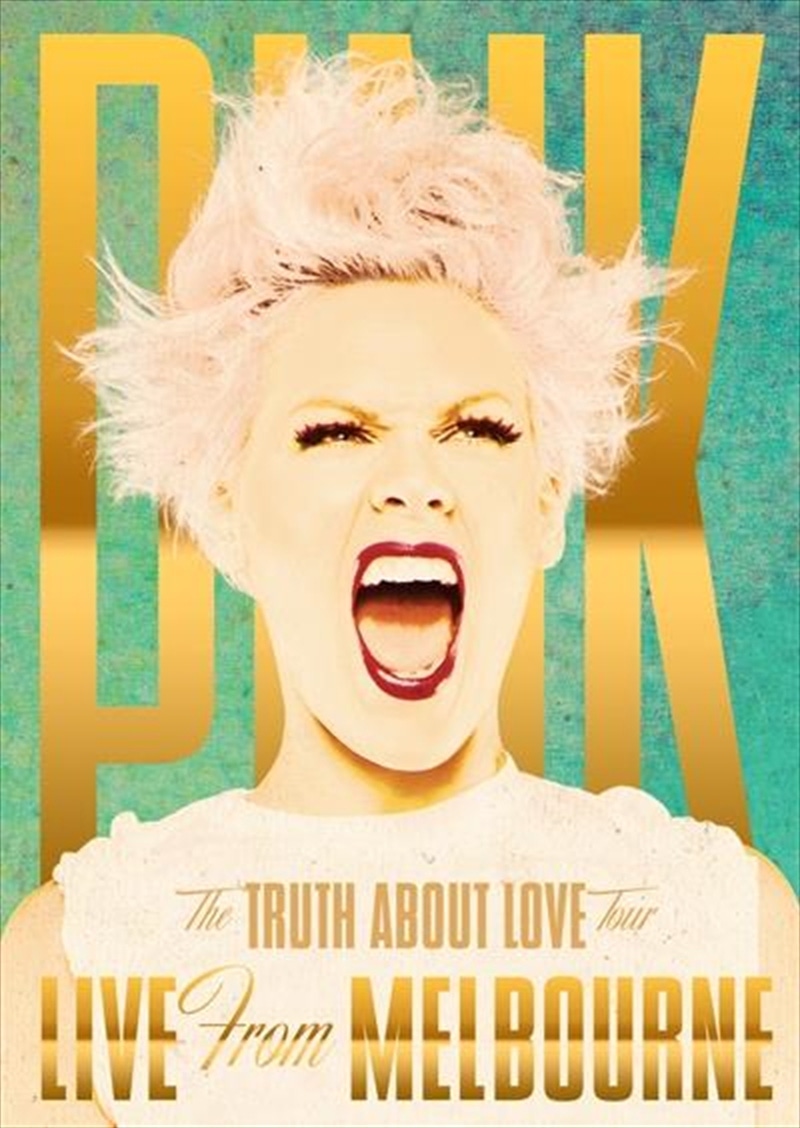 4 interest free payments of $4.31
No refunds for Change of Mind for this item provided by third-party sellers

With over 140 shows in 13 countries around the globe, P!nk brings the sold-out show and amazing spectacle of THE TRUTH ABOUT LOVE TOUR: LIVE FROM MELBOURNE to ecstatic fans on DVD and Blu-Ray through Sony Music Entertainment Australia.

The 1 hour and 50 minute concert was filmed in Melbourne during the Australian leg of the tour, where P!nk broke the record for most dates in one venue on the same tour, performing an astounding 18 shows to almost 250,000 fans – breaking her own record from her previous acclaimed Funhouse Tour in 2009 . Pulling from her seven album repertoire, the show includes some of her biggest hits such as “Blow Me (One Last Kiss),"F***in' Perfect," "Try," "Raise Your Glass," and "So What” and P!nk’s recent single, “Just Give Me A Reason” featuring Nate Ruess which reached #1 on both the Australian Airplay Charts, the Hot 100 Chart for 3 consecutive weeks and topped global charts all over the world, including the UK and Germany. The DVD also includes bonus features such as rehearsal footage leading up to this spectacular show!

THE TRUTH ABOUT LOVE TOUR: LIVE FROM MELBOURNE features the jaw-dropping theatrics and acrobatics that P!nk has become renowned for, collaborating with creative partner and show director Larn Poland (who also directed The Funhouse Tour: Live In Australia) to produce a visually stunning stage production that includes pyrotechnics, soaring stunts, and career-spanning hits. P!nk continues on The Truth About Love Tour in the U.S. through the end of 2013, finishing her record-breaking tour on December 14th in Atlanta.