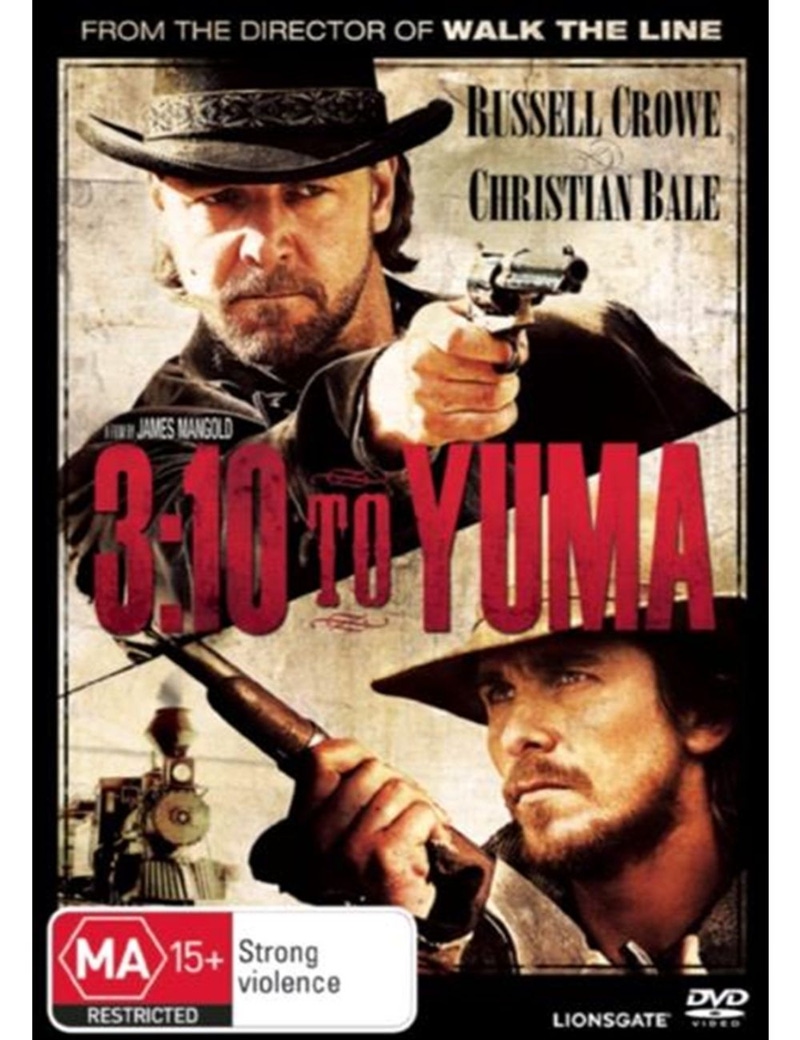 4 interest free payments of $3.21
No refunds for Change of Mind for this item provided by third-party sellers

Time waits for one man

Dan Evans (Christian Bale) is an honest man who has spent his life abiding by the rules, and has precious little to show for it. A former Union Army sharpshooter, Dan emerged from the Civil War with a hobbled leg and a small compensation that allowed him to move his wife Alice (Gretchen Mol) and two sons to a modest ranch in the Arizona territory. But hopes of a new beginning have faded amidst the harsh conditions and rampant corruption of the West. An ongoing drought has rendered Dan's land barren, decimating his herd, driving him deeper into debt and leaving his family on the brink of starvation.
Meanwhile, the ranch's deed-holder, recognizing an opportunity in the coming railroad, brazenly attempts to drive the Evanses off their property. With time running out, Dan stoically works his land, hoping his luck changes, refusing to descend to the level of his tormentors. But he is painfully aware that he is losing the respect of his oldest son, Will (Logan Lerman), a 14-year-old who thrills to the adventures of the bandits and villains lionized in dime novels of the Wild West. Will increasingly views his father with disdain; even Alice Evans has begun to question her husbands resolve.