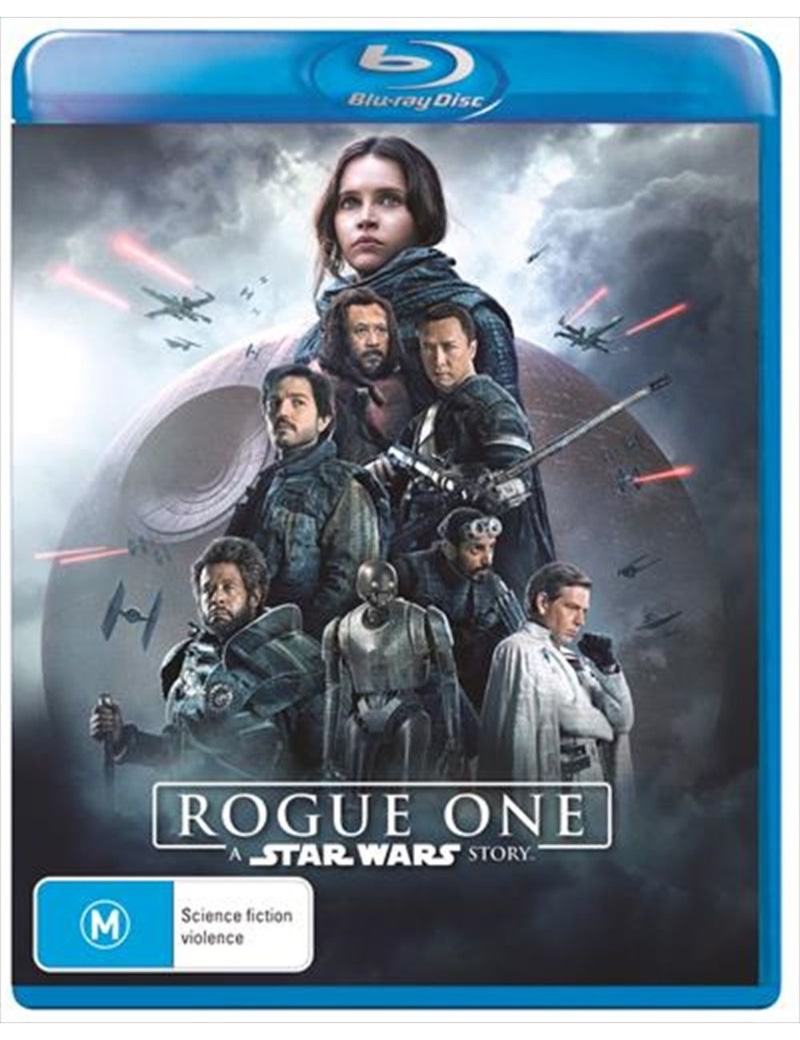 A rebellion built on hope.

From Lucasfilm comes the first of the Star Wars standalone films, Rogue One: A Star Wars Story, an all-new epic adventure. In a time of conflict, a group of unlikely heroes band together on a mission to steal the plans to the Death Star, the Empires ultimate weapon of destruction. This key event in the Star Wars timeline brings together ordinary people who choose to do extraordinary things, and in doing so, become part of something greater than themselves.

Rogue One was incredible and a massive risk that payed off big time. Set before the original Star Wars movie that started it all, we are introduced to a band of new loveable characters on a mission to steal the Death Star plans to set the Star Wars story in motion. Gareth Edwards managed to set a darker and grittier tone for this film but yet make it feel like a Star Wars movie. The special effects were ground breaking and so immersive it's so hard to take your eyes off the screen and distinguish fake from reality.


Size and Fit Details :  All sizes displayed are in Australian sizing. Simply refer to our product size guide to determine the best fit. Our model is wearing size 10. She is 173cm tall, has a 89cm bust, 79cm waist and 95cm hips